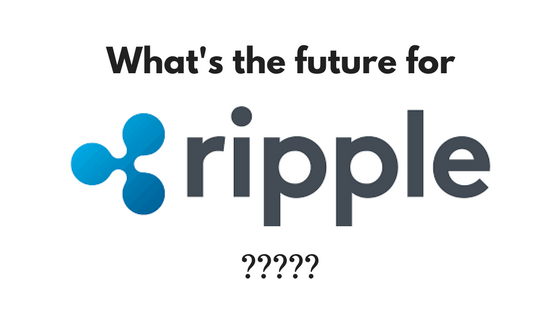 What is Ripple’s future?

I thought this was an interesting question on Quora recently, so this was my answer:

No-one can completely predict the future, but I can share an opinion about Ripple that I think has validity.

Firstly, it should be understood that Ripple is not a cryptocurrency in the strictest, philosophical, sense. It has a CEO and is therefore not decentralised. Secondly, it is there to support the centralised banking system. If you refer to the work of people like Jeff Berwick of DollarVigilante.com, you will find that many people see crypto as the end of the existing financial system, or at least a major player in it’s downfall.

If they are right, then Ripple is as doomed as they are.

If you also realise that the majority of the earliest adopters of Bitcoin are deeply motivated by decentralisation and helping to bring about huge social and economic changes to the world. These people (about 10,000 of them) are currently worth half a trillion dollars.

In their future, Ripple would have no place.

The cynical, but probably correct, viewpoint is that Ripple is part of an attempt by the old system to barge in on the new but they have fundamentally misunderstood it. If your question relates to whether or not you can make money from Ripple, my answer would be yes in the short term but probably not in the long term. You’d also have to think about whether or not you would want to support such a project which is so antithetical to what the world of crypto stands for. Or, you might not care 🙂

(If you thought this an interesting answer, give us an upvote on Quora here)